Don’t forget to go outside and watch the Perseid meteor shower tomorrow night.  Best viewing will be late Saturday/early Sunday (August 11/August 12) around midnight to 1 a.m.  The moon rises after that but it shouldn’t hinder you much since it’ll be at waning crescent. 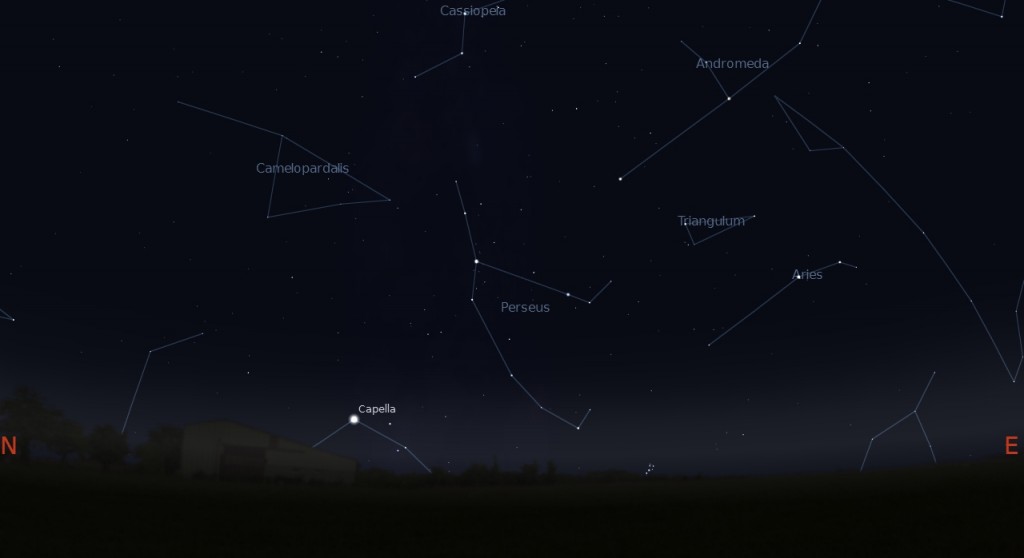 They’re called the Perseids because they appear to originate in the constellation Perseus (see the labeled image–click it to make it big enough to actually read–above generated using Stellarium).  You can look all over the northeastern portion of the sky, however.  Expect about 20-30 meteors per hour.  You’ll have better luck if you can find the darkest area possible from which to view; urban light pollution will just make it hard to see anything.

It’ll still be pretty warm around here even at that late/early hour (Saturday’s forecast is for 107° F, Sunday only 106°) so I sure won’t need a sweater.  Even heat waves might have an up side.

Drop us a comment if you see any meteors.  Good luck!